The Golden Triangle - a meeting place of Thailand, Laos and Myanmar
Thailand
21.02.2018 by Dmitriy Nikitin
0

In a previous article, I was writing about 4 caves in Northern Thailand. Since we continued staying in the village Ban Pa Kwao, we decided to explore all possible sights.

We had the northern most point of Thailand on the way, so we decided to go there.

The Northernmost Point of Thailand

We left our house early to get to the main artery – the highway that goes to the border with Myanmar. We decided to check if hitchhiking works well here.

After 20 minutes of “hitchhiking” on the roadside, we managed to stop a car, which drove us for 10 baht per person to the nearest stop! It was not at all what we wanted! But it was the reality, because hitchhiking didn’t go well those days!

When we were almost in the next bus, we still were trying to “stop” someone else! Here we are, a car has stopped! 😊  Our new friend Dan (Danchai Ri-in – his Facebook profile) is an artist of Akha tribe.

He is a very talented, funny and open person! 🙂 He decided to help us to get to the border. We were treated to strawberries and strawberry tincture all the way (here, in the north of Thailand, strawberries are grown on an industrial scale).

The closer to the border of Thailand and Myanmar, the more often you will find women with yellow and/or white ovals on their faces. This is how Myanmar women put on makeup and it is considered incredibly beautiful! They can be found here almost everywhere, especially in the local market, which is located just two kilometers from the border with Myanmar.

After walking around the market and tasting the local food, we went to the northernmost point of Thailand! We reached this place in just 20 minutes! 🙂

The next place was the Golden Triangle.

We climbed into the back of our friend’s pickup truck and hit the road, which was about 30 km from the northern point of Thailand.

The Golden Triangle – a meeting place of three countries – Thailand, Laos and Myanmar.

In fact, this is not quite the point or rather it is a huge territory along the Mekong River and its tributary – the Ruak River.

The main attractions that you can see here are the Golden Triangle monument itself, which symbolically shows that you are in a place. Actually, there are several similar monuments:

On the promenade, near the Big Golden Buddha, you can find a couple of other “attractions” – one of them I called “money Buddha” – its goal is to make a wish and throw a coin in the groove, the coin will roll along it for about 10 meters and fall into Buddha (as if it is a “piggy bank”). The second one is the “Coin table” – the task here is not easy, you need to try to put a coin on the “edge”.

Another attraction in the area is the “The House of Opium”.  In ancient times, the north of Thailand was one of the largest regions in drug trafficking. Any narcotic substances were grown and produced here. Also, they were distributed throughout Asia. However, measures were taken to teach the local people to grow crops, engage in agriculture and crafts, during the reign of King Bhumibol Adulyadej. So, after several decades, the “opium” industry came to naught, and now only the museum remains about that period.

The House of Opium

Walking along the Mekong promenade, we noticed the flow of tourists who were walking in the direction of one of the houses. It was a museum “The House of Opium”. We decided to see what is in there.

The entrance ticket costs only 50 baht, which also includes a souvenir card of your choice with an image of the Golden Triangle area, museum, This Big Golden Buddha and other local environs.

The exhibits are arranged by category in the three floors.

In the museum you can find out information about growing crops at different seasons of the year.

There are also several reconstructions about how addicted people look like, as well as what happened to them later (a total body depletion, illness, etc.), and the process of how to use opium.

Here are some photos from the museum. 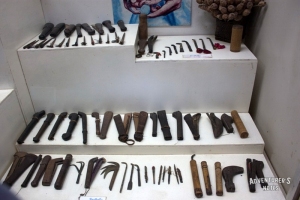 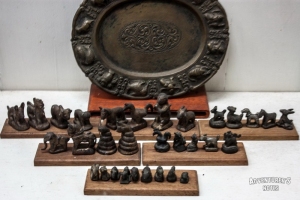 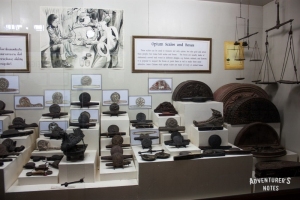 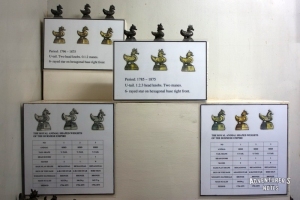 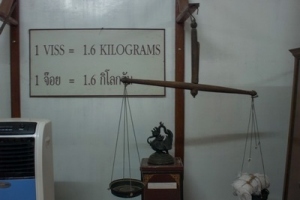 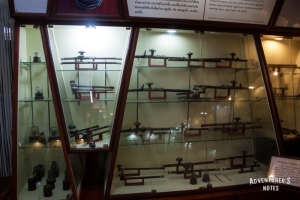 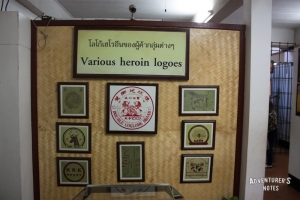 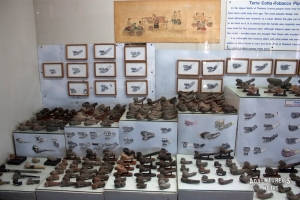 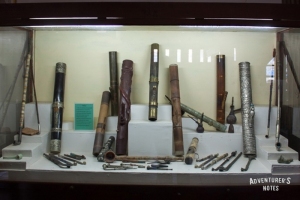 After that, this excursion into the world of opium came to the end, and it was already time to return.

I want to say that despite the fact that the Golden Triangle is not something grand, you will definitely spend this day with benefit, just enjoying nature, culture and “color” of Northern Thailand.

Oh, yes, I completely forgot to say, that there are ferries and boats crossing Mekong River to neighboring Myanmar! You can get to the local market, where you can buy almost everything (clothes, shoes, food) at very low prices.

And one more thing! Since gambling is prohibited in Thailand, you can play enough in the casino right on the other side of Mekong River (in Laos or Myanmar). Here it is! 😉

This is the end of my stories about Northern Thailand! We went to the South of Thailand to Koh Lanta island 🙂

See you, and travel safe!

The Wrong Turn, The Story of One Trip to The Carpathians

TOP 5 tips to save on accommodations with booking.com

One Day in Dresden: What to See, How to Get to Dresden From Prague | Attractions